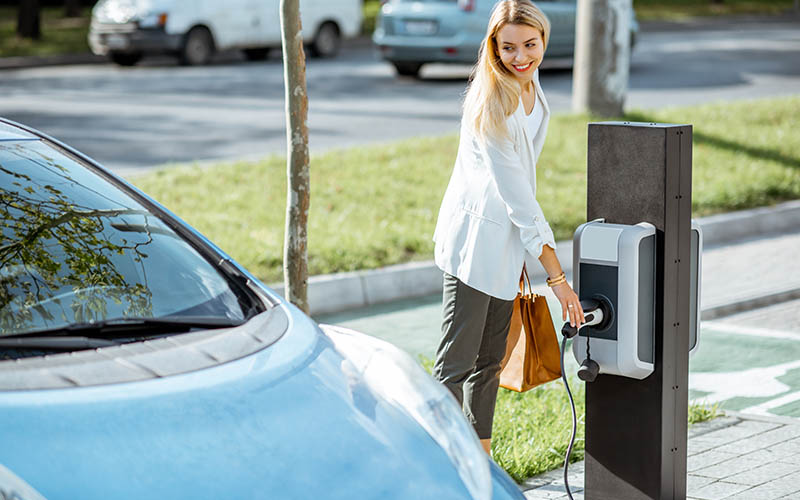 From Thomson-Reuters and the Pinnacle CPA Advisory Group —

The IRS currently provides a tax credit of up to $7,500 for purchasing certain new electric vehicles. The Inflation Reduction Act of 2022 makes several changes to the credit, which has been renamed the Clean Vehicle Credit. Some are favorable, but some may make it harder to get a tax credit. Here’s what you need to know about the upcoming changes.

Vehicles sold after 8/16/22 only qualify for the Clean Vehicle credit if their final assembly occurs in North America. This means that the number of vehicles that qualify has already been drastically reduced. According to the IRS, the following vehicles meet the final assembly requirement, so they should qualify for the credit if purchased after 8/16/22 and before 2023.

However, the IRS cautions that some models are produced in multiple locations. You can confirm that a vehicle meets the final assembly requirement by entering the VIN at the U.S. Department of Transportation’s VIN decoder (nhtsa.gov/vin-decoder). Or, sometimes the information is on a label affixed to the vehicle.

Transition Rule for Vehicles Bought before 8/16/22. If you entered into a written, binding contract to buy a new qualifying vehicle before 8/16/22, but don’t take possession of it until on or after 8/16/22 (for example, because the vehicle was not delivered immediately), you can claim the credit based on the rules that were in effect before the Inflation Reduction Act. The final assembly requirement does not apply.

Generally, a written contract is binding if it is enforceable under state law and doesn’t limit damages to a specified amount (for example, under a liquidated damages provision or the forfeiture of a deposit). Making a significant (at least 5% of the total purchase price) nonrefundable deposit or down payment is an indication of a binding contract. A contract is binding even if subject to a condition, as long as the condition is not within either party’s control and continues to be binding if the parties make insubstantial changes to its terms and conditions.

Vehicles Purchased and Delivered between 8/17/22 and 12/31/22. If you buy and take possession of a qualifying vehicle after 8/16/22 and before 2023, aside from the final assembly requirement, the rules in effect before the enactment of the Inflation Reduction Act apply (including those involving the manufacturing caps on vehicles sold). This means that the limits on the credit due to the vehicle’s price or the taxpayers modified AGI, discussed later, don’t apply.

Vehicles that qualify for the credit after 2022

In addition to the final assembly requirement, vehicles placed in service after 2022 must have a minimum battery capacity of seven kilowatt hours (up from a four-hour minimum under the old rules).

These requirements are designed to ensure that the vehicles meet certain standards regarding the minerals used in their batteries and that a certain percentage of the vehicle’s battery is manufactured or assembled in North America. The IRS is supposed to issue proposed guidance on the critical minerals and battery component requirements by 12/31/22. This change in the credit calculation will apply to vehicles placed in service after the date that the IRS issues that guidance.

Planning Tip:  Many of the electric vehicles available today won’t meet these new standards. So, until more manufacturers begin producing vehicles that qualify for the Clean Vehicle credit, there may not be a lot of qualifying vehicles on the market, at least in the short term. If you want to get a tax credit for buying an electric vehicle, you should consider doing so before the end of this year. Some of the more popular vehicles are in tight supply, so it might be wise to act sooner rather than later. Keep in mind that any vehicles bought after 8/16/22 must meet the final assembly requirement.

Two new limits on the credit will apply to vehicles placed in service after 2022. First, the credit is not allowed for vehicles with a Manufacturer’s Suggested Retail Price (MSRP) over $55,000 ($80,000 for vans, sport utility vehicles, and pickups). Secondly, no clean vehicle credit will be allowed if your Modified Adjusted Gross Income (MAGI) (or, if lower, your MAGI for the preceding tax year) exceeds $300,000 (for taxpayers filing joint returns or surviving spouses), $225,000 (for heads of household), or $150,000 (for other taxpayers).

Planning Tip: The MAGI limit will keep a lot of folks from qualifying for the credit after 2022. If your income is over the threshold, you should definitely consider buying a qualified vehicle and placing it in service before 2023 if you want to get a tax credit. Same if you are interested in buying a higher-priced vehicle. Many of the vehicles that currently qualify will not meet the new MSRP test.

Used vehicles can qualify, too

To qualify, the used vehicle’s model year must be at least two years earlier than the calendar year in which you buy it. The vehicle must also generally meet the requirements for the Clean Vehicle Credit for new vehicles. The vehicle must be sold by a dealer for $25,000 or less. The sale must be the first transfer since 8/16/22 to a qualified buyer other than the vehicle’s original owner.

A qualified buyer is an individual who purchases the vehicle for use and not for resale, is not a tax dependent of another taxpayer (regardless of whether the other taxpayer claimed the dependency exemption) and has not been allowed a credit for a previously owned clean vehicle during the three-year period ending on the sale date.

As you can see, the rules for claiming tax credits for electric vehicles are changing. The final assembly requirement has already knocked a lot of vehicles out of the game. But, even with the smaller pool of qualified vehicles, purchasing a qualified vehicle before year-end may be the only way to take advantage of the tax credit for electric cars if your income will be too high to claim the credit after 2022. And 2022 might be the last chance to claim a credit on higher-priced vehicles.

The new rules mean that some individuals won’t qualify for the tax credit for electric vehicles after 2022, and fewer cars will be eligible for the credit, at least in the short-term. But, on the bright side, the credit will be available for qualified used vehicles purchased after 2022.

Tax credits are great, and we want to be sure you have the information you need to get the most out of them that you can. If you have any questions about the credits for clean vehicles, please let us know.

Contact the experts at Pinnacle CPA Advisory Group if you need help with your EV tax credit, or any individual or business tax or accounting issue. Call us at (614) 942-1990, reach us with email sent to info@cpaagi.com, or just fill out the Contact form on this site at cpaagi.com/contact

Did you hear the student loan announcements? Scammers did, too

Don’t click on that random text. It’s a scam

Should you suffer a disaster, some tax relief is available