Reminder: Scammers can use fake charities to get sensitive information 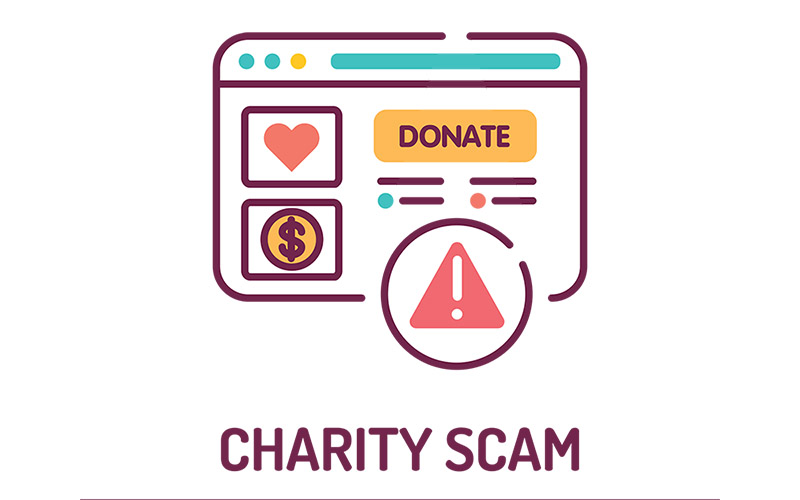 The Internal Revenue Service and Security Summit partners warn taxpayers to be wary this holiday season of fake charities, used by scammers to get money as well as sensitive financial and personal information from victims. The IRS used Giving Tuesday, a special day as the holidays approach for people to give to their favorite causes through charitable organizations, to issue a warning about fake charities.

Scammers sometimes set up fake charities to trick unsuspecting donors into providing not only money, but also their sensitive information.

The Security Summit – a coalition of state tax agencies, the nation’s tax community and the IRS – urged people to make sure they are giving to a legitimate charity. This can help protect taxpayer’s personal and financial data and help prevent tax-related identity theft.

Donors should always check to make sure they are giving to a legitimate charity and can easily do so by using a special IRS tool: the Tax-Exempt Organization Search Tool.

Giving Tuesday fell during the IRS’ National Tax Security Awareness Week, now in its sixth year. The IRS, state tax agencies and the nation’s tax industry – working together
as the Security Summit – provide tips during the week to help protect people against identity theft as well as help safeguard sensitive tax information that criminals can use to try filing fake tax returns and obtaining refunds.

The combination of the holiday shopping season, the upcoming tax season and the pandemic create additional opportunities for criminals to steal sensitive information. People should take extra care while shopping online or viewing emails and texts.

Scams requesting donations for disaster relief efforts are especially common over the phone. Taxpayers should always check out a charity before they donate, and they should not feel pressured to give immediately.

Taxpayers who give money or goods to a charity may be able to claim a deduction on their federal tax return by reducing the amount of their taxable income. However, to receive a deduction, taxpayers must donate to a qualified charity. To check the status of a charity, they can use the IRS Tax Exempt Organization Search tool.

The Pinnacle CPA Advisory Group offers expert accounting and tax services for businesses and individuals. Contact us today to set up an appointment to review any tax or accounting issue. Call us at (614) 942-1990, reach us by email sent to info@cpaagi.com, or fill out our Contact form at cpaagi.com/contact.