Second round of PPP money could evaporate by end of week 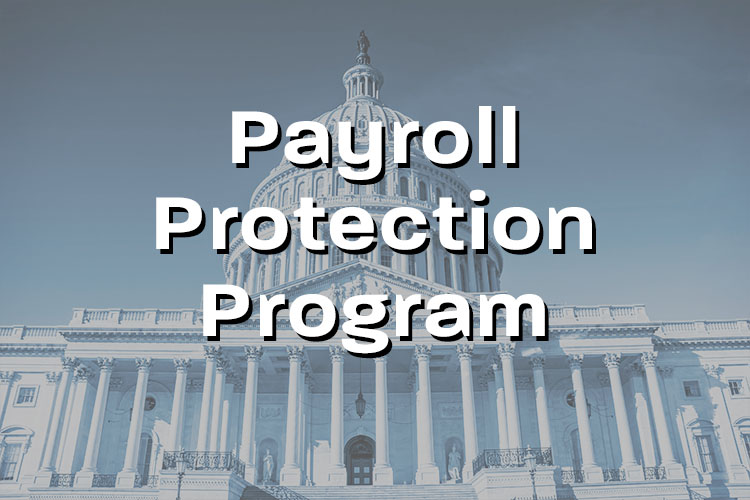 In the span of one month, Congress has thrown about $600 billion at a program that provides emergency loans to small businesses battered by the coronavirus pandemic, but in the span of just a few days, the fund could once again be depleted.

The CPA Advisory Group will be scheduling a Zoom call for all interested clients about how to do the accounting for any PPP loans, once this round of funding ends.

Applications for low-interest loans reopened Monday after lawmakers injected an additional $310 billion into the Paycheck Protection Program last week. In the first 24 hours of the relaunch, even marred by technical glitches and website crashes, the Small Business Administration processed close to $50 billion in loans. If that pace continues, the SBA will have depleted nearly $250 billion by the end of the week.

The program, an integral part of the federal government’s massive economic stimulus effort passed at the end of March, exhausted its initial $349 billion in funding within 13 days.

There’s doubt about whether the second wave of funding will be enough to cover rapid demand among small business owners for the relief. The money could be exhausted as soon as the end of this week or early next, forcing the federal government to act again on another tranche of money.

According to the National Federation of Independent Businesses, just 20 percent of submitted PPP applications had been fully processed with money sent to borrowers before the second round began.

Sen. Marco Rubio, the chairman of the Senate Small Business Committee, acknowledged Tuesday that demand for the program “far exceeds” the available funds.

“Let me be clear, the demand for PPP loans far exceeds the supply of dollars,” Rubio said. “I just want to be frank and honest about it. The need out there is much greater than what’s been appropriated, and what’s been given is a lot.”

Behind the scenes, House lawmakers are working on a fifth stimulus package, although the chamber is not expected to return to Washington until at least mid-May.

It’s unclear what exactly will be included in another round of aid, although House Speaker Nancy Pelosi has said it will include federal funding for hard-hit cities and states.

More than 26 million Americans, or about 16 percent of the nation, have filed unemployment claims since the virus outbreak forced a broad swath of the U.S. economy to shut down. The Paycheck Protection Program (PPP) is one of the key federal initiatives to help insulate workers and the economy: If businesses use at least 75 percent of the loan they receive to maintain payroll, the government will forgive it.

Let’s look at details of the ‘CARES Act’